THE ISLE OF ENSAY

If you're lucky enough to live in, or have visited, the Outer Hebrides, you'll know what a beautiful and serene landscape the islands have to offer. To journey through Lewis, Harris or the Uists is a visual delight of traffic-free repose. The Sound of Harris is the five mile (8 km) seaway that separates the northern islands from the Uists further south.

​The Sound is punctuated by numerous small islands, some barely large enough to exercise your dog on. After Berneray and Pabbay, which are much closer to Uist, the two largest are Killegray and Ensay, which lie about three miles (5 km) from the small fishing port of Leverburgh at the south end of Harris. The name Ensay means Ewe Island in Old Norse.¹
​In years gone by you could weave between Killegray and Ensay on a small passenger ferry, but the exceptionally shallow waters mean that the present day roll-on roll-off Calmac ferry across the Sound of Harris makes a tortuous hour-long tour of the sea, criss-crossing the water to maintain the navigation channel, and not getting too close to Ensay. Ensay is only 0.72 square miles (1.86 sq. km.) in area, being about 460 acres (186 hectares). It rises to only 161 feet (49 metres) at its highest point, though the view is magnificent. 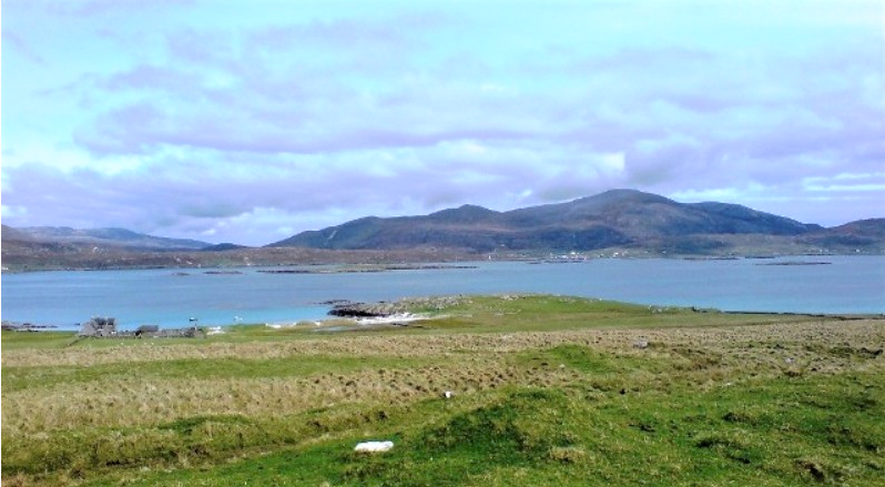 View from just below Ensay summit, looking towards Leverburgh and the hills of South Harris
​Martin Martin, the noted 17th-century explorer, was the first person to properly document these outer isles. He walked all round the island in search of antiquity. We should be grateful that he did so. Martin discovered a pair of scales made of brass and a little hammer² which were found shortly before 1716 at the west end of the island, in a grave of the Viking period. He describes Ensay thus:

​Between Bernera and the main land of Harris lies the island Ensay, which is above two miles in circumference, and for the most part arable ground, which is fruitful in corn and grass: there is an old chapel here, for the use of the natives.³

You may well think that the quietness of South Harris could not be surpassed as an antidote to a bustling city. But when you set foot on Ensay - you would need to charter a private launch to get there, or cadge a lift from an obliging Guardian of Ensay Chapel - once you disembark on the gorgeous sandy beach there, you immediately redefine what real tranquility is. The noise of human habitation is left far behind. The rustle of grass and the chirrup of a sea bird are the main auditory experiences here, and it doesn't take very long to become accustomed to them.

This is low-lying green and pleasant pasture, still used for summer grazing, a haven for wildlife and flowers in the rolling meadow. There is not a single road, and barely a single path. 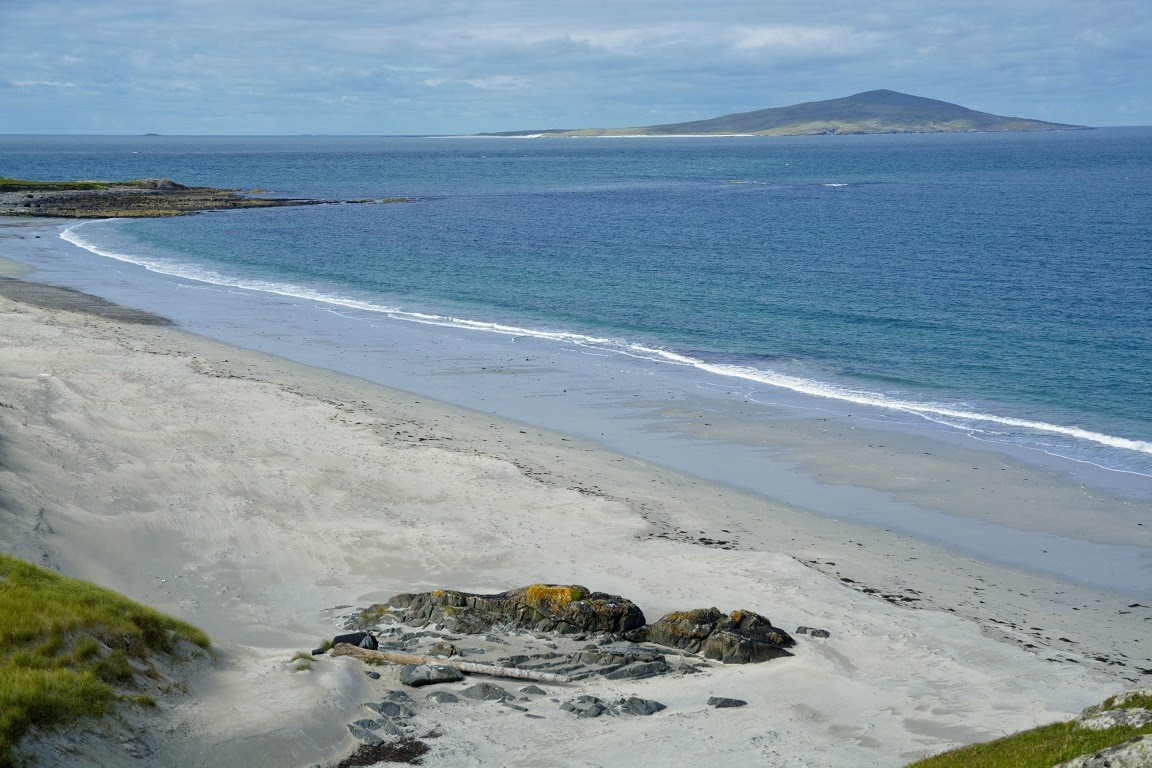 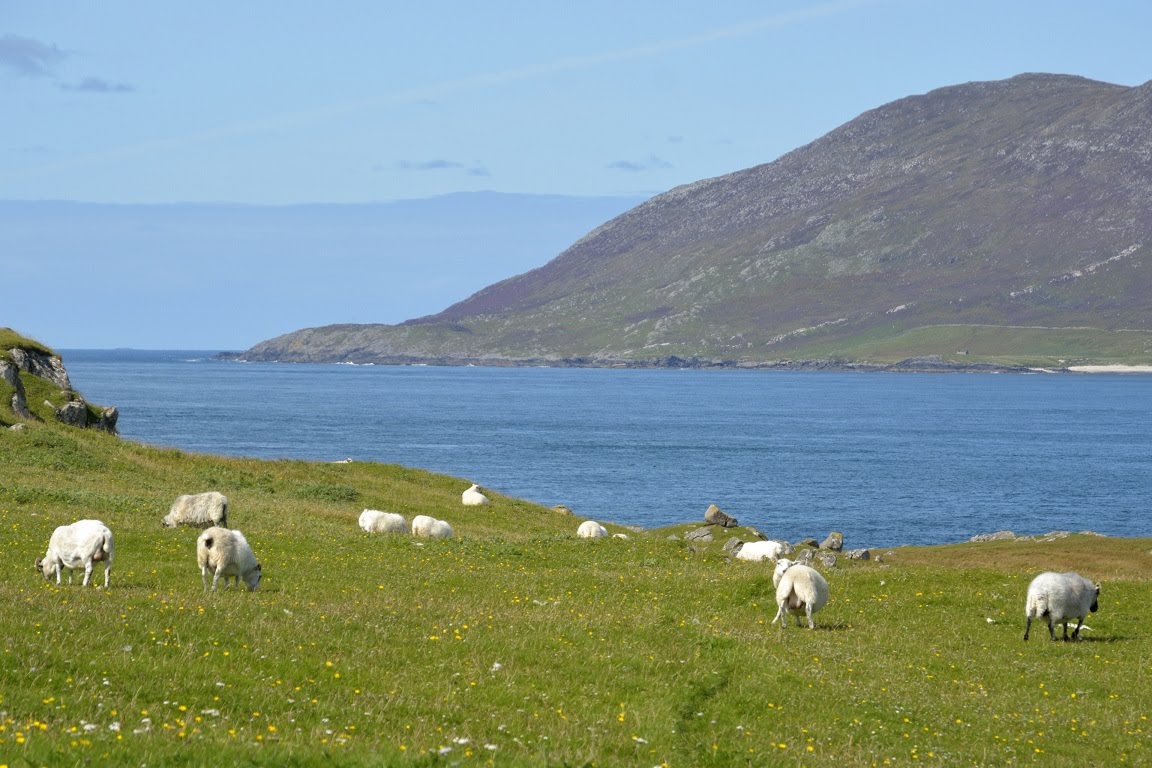 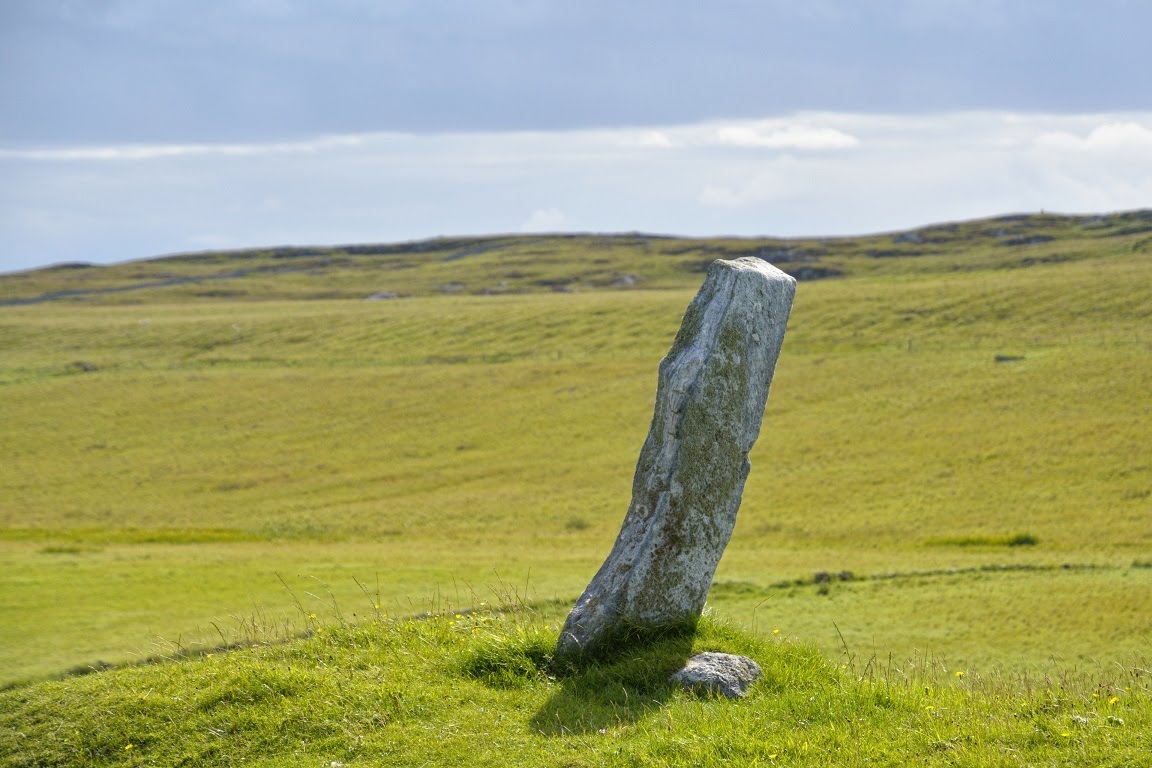 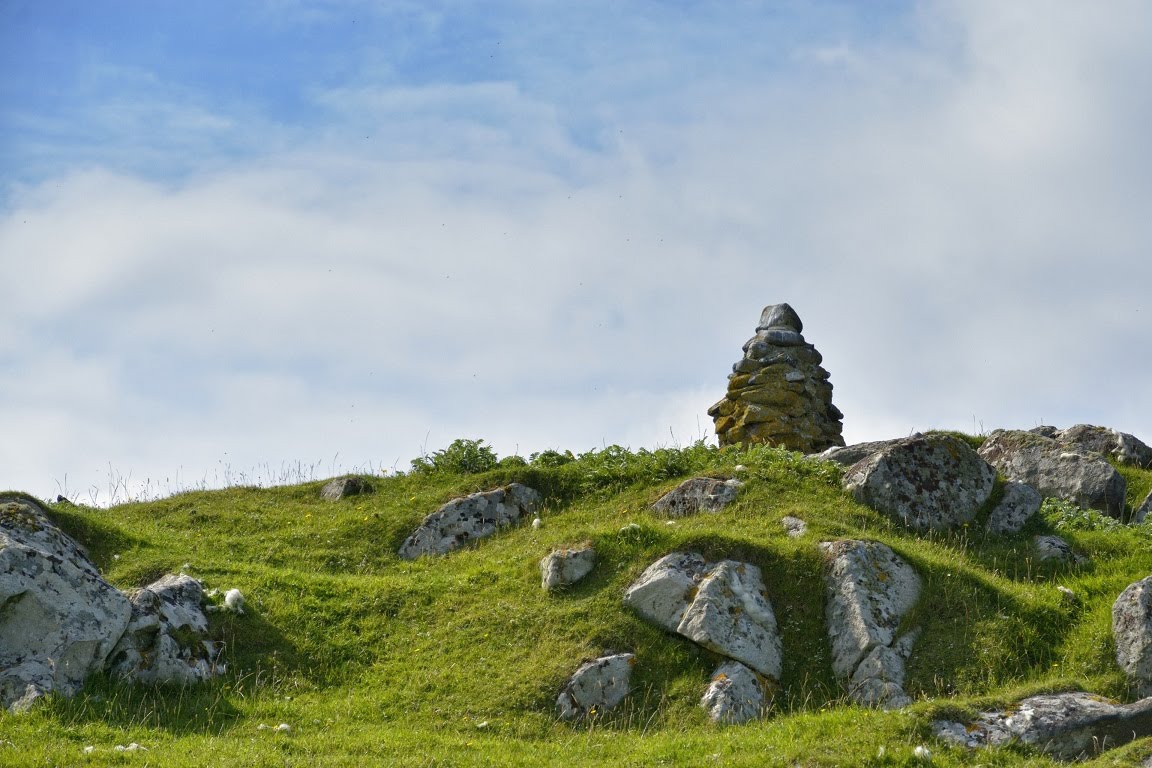 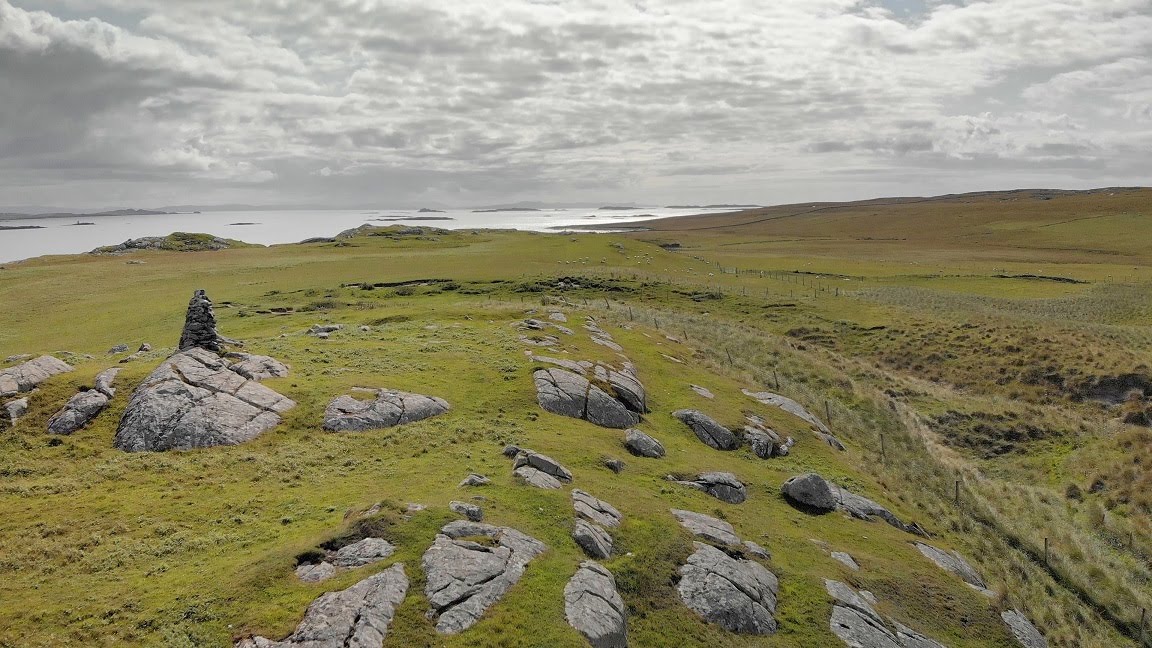 Historically, the island was in the ownership of the lairds of Harris, and Ensay was certainly farmed by the Campbell family and later by the Stewart family and their descendants (of which one was broadcaster Ed Stewart of BBC Radio).

Ensay is currently privately owned by the owner of nearby Killegray island, though Ensay House is separately owned, and the Chapel was bequeathed, in the 1930s, to the Scottish Episcopal Church in perpetuity, never to be sold again.

​Human settlement has taken place over many centuries on Ensay, and the evidence is  fascinating. A large standing stone dates from prehistoric times, and as well as the Viking implements mentioned by Martin, there is a Norse burial mound on the west side of the island. Ensay House, now the only house, is believed to date from before 1805, as it appears on a map of that date,⁴ and the medieval chapel, also mentioned by Martin is probably 16th century. We shall look at these structures again on succeeding pages.